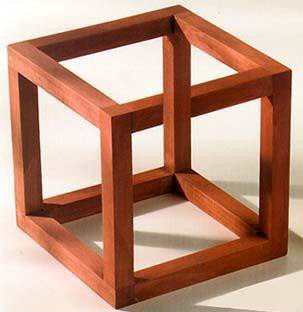 "Just before lunch, as you may recall," said Sherlock Holmes, "I mentioned a piece that ran in this morning's Independent. It presents some new details which may not matter much in the long run, or which may turn out to be extremely significant.

"It is still too soon to know what might be important," he said, "or whom to believe. And yet..."

"I was about to say: it is not too soon to know whom to disbelieve!"

"To the best of my knowledge," Holmes continued, "the Independent has made the first published claim as to the position of the body within the bag."

Holmes, finding his place in the paper, spoke slowly and clearly. "According to David Randall, when police entered Gareth Williams' home,"


His flat seemed undisturbed and unoccupied, but in the bath they found a red, outsized, zipped and padlocked North Face holdall. Inside were the decaying remains of Mr Williams. His body (he was 5ft 8in tall) was naked, curled up tightly, with his arms and legs contorted behind him.

"Curled up tightly, with his legs behind him? But that's impossible!" I objected.

"So it would seem," said the detective, "unless Gareth Williams was the most remarkable contortionist who ever lived."

"Can we safely assume he wasn't?" I inquired.

"If he could curl up tightly with his legs behind him," said Holmes, "he wouldn't have had to work for MI6. He could have toured with a circus!"

"Surely you jest," I replied.

"But only to point out the absurdity of the situation," Holmes continued. "Even if he could stretch his body into such a position, it would be a stretch. No one in his right mind would ever describe it as 'curled up tightly.' And yet, if we take David Randall at face value, this is exactly what we are supposed to believe."

"This is, or would be, 'ground-breaking' reporting on a major national story," he continued, "if it were even slightly credible. But it isn't. So what is it?"

"I was hoping you might tell me," I said.

"The position of the body within the bag could give us vital clues as to the sequence of events," said Holmes. "We still don't know whether Gareth Williams died in the bag, or whether he died elsewhere and was placed in the bag later. All we can do at this point is guess.

"If we had seen the body in the bag," he continued, "we would be able to make an educated guess. If we had an accurate description, we could draw some reasonable inferences. If we had an inaccurate, but plausible, description, we might be led to form mistaken conclusions. But instead we have something quite different.

"Some of the facts are obvious: By burying an impossible claim in the middle of an important story without so much as an attribution to 'an anonymous source,' David Randall and the Independent show how much intelligence they expect from their readers.

"And perhaps, to most readers, the small details don't matter very much. But to us they are essential. And we now have a confusing mental image of an impossible situation, which can only serve -- despite our best efforts -- to obscure the truth of the matter."

"Do you think that was the purpose of it?" I asked.

"Can you think of any other purpose?" he replied.

Holmes paused as if expecting a reply, but I couldn't think of anything to say. Finally I shook my head and my friend continued, "It may be that it's meant not only to obscure the truth, but also to impede clear thinking on the subject."

"If the aim was to impede clear thinking," I said, "it appears to be succeeding with me."

"It's been a long day," said Holmes. "Get some sleep. Tomorrow will bring us more complications to sort out, and we'll need to think as clearly as possible."


Next: The Body In The Bag